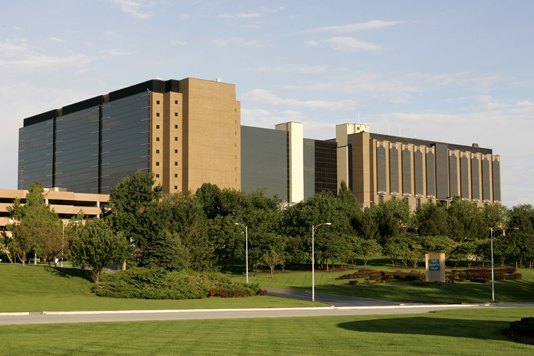 Our relationship with North Kansas City Hospital pre-dates the inception of Sys-Tek in 1995. Over the past 18 years we have supported this continually growing and advancing campus. The 69-acre campus includes 451 beds and provides a host of inpatient and outpatient services in its state-of-the-art facilities. Engineering services we have provided include design, studies, retro-commissioning and complex system and energy modeling. 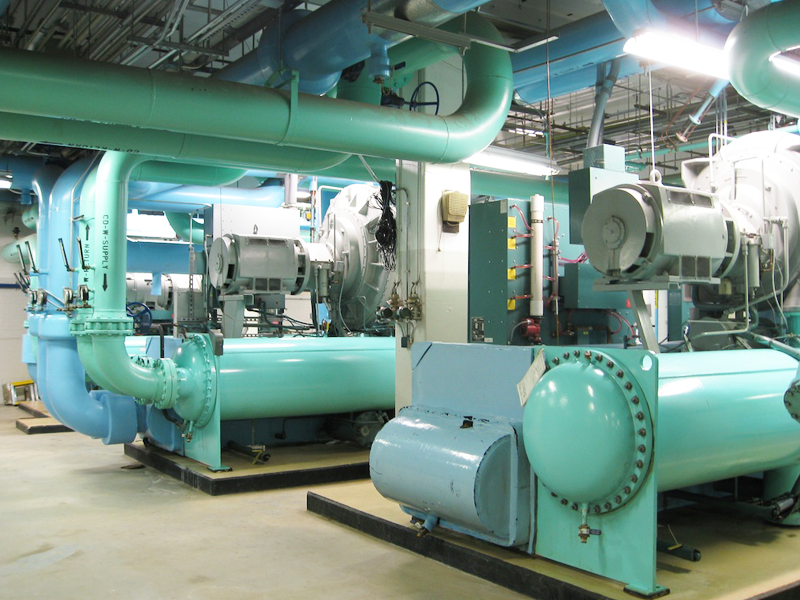 Through our computer modeling and field testing, we identified that the primary/secondary pumping systems serving the then 1,300-TON chiller plant–which has now been expanded to 2,600-TONs serving the Hospital Service Pavilion–was out of control. The secondary system was causing the facility operators to prematurely activate chillers so that the primary flow remained greater than the secondary flow. This was costly in both terms of energy use, as well as maintenance, given that more equipment than what was needed was constantly being used.

Through retro-commissioning and computer modeling, the secondary pumping control was modified to use one of the six differential pressure sensors serving the plant. A reset schedule was developed based on outdoor air temperature for the differential pressure set-point. This unique control sequence, still being used today, continues to optimize the secondary chilled water flow and chilled water temperature difference. Therefore allowing the facility to minimize energy use, as well as, reduce maintenance costs by reducing equipment run-time.

These conservation measures were then prioritized based on several key factors which included life cycle analysis that considers not only the energy savings but also the improved performance and maintainability of the systems. 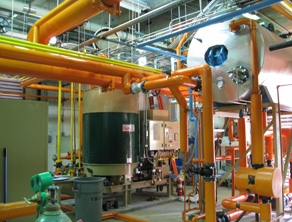 Since the original computer modeling developed in 2002, projects are continuously being implemented to meet the objectives identified through our combined efforts of working with the facility management and design teams. We continually provide updates to the chilled water plant computer models and maintain records of all equipment installed—such as pumps, chillers and replacements, as well as, additions of new air-handling systems. Updates have also included maintaining isometric drawings that detail all piping, valves, pumps, chillers and air handling systems serving the campus.

Recent chiller plant upgrades included computer modeling the integration of the 3rd and 12th floor chiller plants to optimize chiller performance and improve system performance and reliability. Through computer modeling, field testing and retro-commissioning, the pumps serving the 12th floor chiller plants were replaced and sized so that chilled water could be distributed to the 3rd floor using a cross-tie piping network system that was originally installed in 1992 but never utilized because of improper sizing of pumps.

Currently, we are in the process of updating equipment records and drawings. In addition, we are currently retro-commissioning all four chiller plants to optimize performance, reduce energy cost and improve system reliability. Through the retro-commissioning process, we have identified over $120,000 in potential energy savings.

The energy program developed in 2006 identified a need to retro-commission the air handling systems serving the campus. Starting in June of 2008, this program was launched by initiating the retro-commissioning process of the 39 air-handling systems serving the Hospital Service Pavilion. The program includes several objectives: improved system performance, reduced energy cost and control-ability of the patient rooms, doctor’s offices and supporting surgical suites and laboratories.

One of the questions that needed to be answered through this initial retro-commissioning program was to identify the energy savings, as well as, document the improved performance of the systems and the environment in which they served. To meet the project objective the first step was to launch data recording equipment that identified energy use of the air-handling units and to document building pressurization and CO2 levels.

To collect this data, Sys-Tek developed a specialized commissioning kit that enabled us to not only collect and record temperature data in the air handling units, but also allowed us to record CO2 levels and building pressurization for this 500,000 square foot facility. The commissioning kit included a wireless web-based direct digital controller with differential pressure, CO2, temperature and humidity sensors wired to the controller and programmed by us to record the data needed for this evaluation. The entire kit was miniaturized to the greatest extent possible by using suitcase-type equipment, making the kit portable so it could be used at various locations throughout the building.

The next step in the retro-commissioning process was to field test air handling systems and to measure actual air volumes in the supply, return, exhaust and fresh air duct systems of all 39 air handling systems. Through this testing and the data collected using our customized commissioning kit, we were able to accurately calculate the baseline for the HVAC systems. Since this facility represents the more recent construction at the campus we were not expecting to find such poor performing systems in terms of energy use.

In fact, the upper six floors of the Pavilion were completed in the last five years. To further reinforce our initial expectations, the data collected for room temperatures in the patient and general public areas were well within a consistent comfort range. However, we knew the building was having problems in maintaining proper building pressure from the pressurization data we collected. Our initial thoughts were that the economizer damper controls simply needed re-tuning. 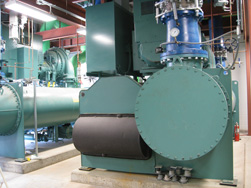 Upon further testing and investigation, we found that the return/exhaust fan speeds were being controlled from measuring the difference between supply fan volume minus the fresh air volume, and the measuring sensors being used for this control were never tested or calibrated. In addition, these sensors were caked with dust. The sensors were cleaned, and we were hoping they would start performing at an acceptable level. However, after cleaning the sensors the performance did not appreciably improve.

However, sensor performance – although improved – was still not accurate enough to be used to control, primarily because the fresh air dampers were over-sized. This was discovered by field measuring the air volume with the fresh air damper at various positions from 0 to 100%. We found that the damper at 50% open was equal to the damper being open at 100%. Meaning the only control we had to introduce fresh air was from 0 to 50% damper positioning. Basically, once the dampers got to 50% they might as well have been 100% open.

The new control sequence eliminated controlling the return/exhaust fan speed based on supply and return volume. The reason for this change is, once again we found through field measuring and testing that the sensors being used to measure the air volume of the fans were simply not accurate enough for control of the variable frequency drives. In fact, during our initial testing and measuring we found several return/exhaust fans operating near 100% speed with the exhaust dampers nearly fully open while the associated supply fan was operating at less than 50% speed.

Through the retro-commissioning process, a conservative first year energy savings would be over $140,000, and would reduce the building’s peak chiller load by 350-TONs.  This would provide a payback in less than two years, which includes the cost of installing the new sensors, as well as all retro-commissioning costs.