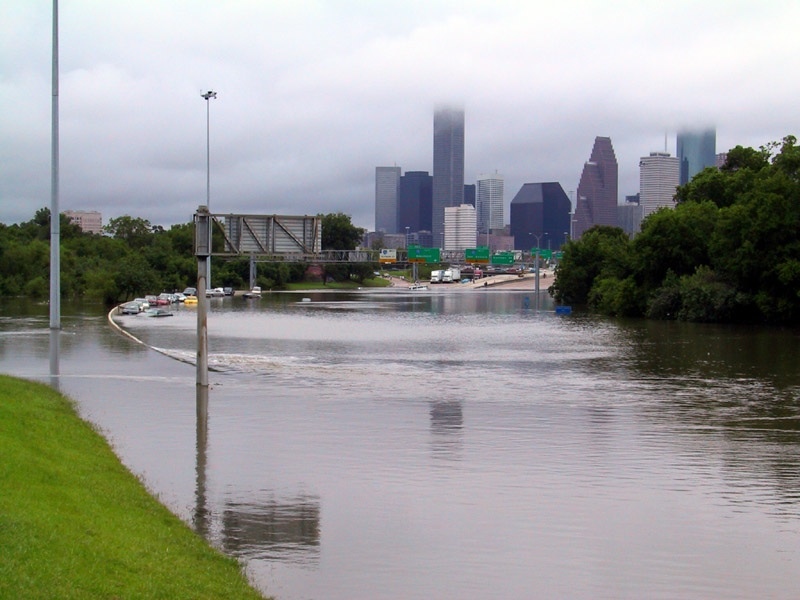 This project is an example of our ability to respond on an emergency basis. On June 9, 2001, Houston received over 14-inches of rain within a 24-hour period which took one of AT&T’s 660,000 square foot critical communication facilities located in the central city off- line. We were in position to respond to this emergency and were on site within six hours after receiving the call from AT&T.

A principal of sys-tek has been the engineer of record for this building since 1985 so we had the intellectual knowledge to get this building back on line.When we first arrived at the site the building was dark. The generator plant had shutdown because the fuel pumping system had failed. In addition, the chiller plant had three-feet of water on the floor and the city literally looked like a war zone.

After assessing the situation we went right to work to get the building back on-line. First we brought in a small portable generator to get the fuel pumps back on-line so we could get fuel to the generators that are located on the 17th floor. It was also painfully obvious that even when power was restored, the chiller plant would remain off-line since there was three feet of water standing on the chiller plant floor. With that said, we led a team of contractors and constructed a portable 3000-ton chiller plant on the adjacent public street.

Leading and directing a group of contractors and working closely with AT&T’s disaster recovery team, we brought in three 1,000-ton portable chillers and three 1,000 kW generators. The chillers and generators were strategically located so we could physically locate the equipment and make the tie-in into the chiller piping distribution systems. Given the high static head pressure that had to be overcome, we had to design on the fly a chiller header system with nozzle fittings so we could connect the portable chillers to the piping network. Given our intimate knowledge of this facility and the MEP support systems, we were able to make immediate critical decisions to insure the portable equipment that was brought in would work.

For several months after the flood, we continue working by retro-commissioned the existing chiller plant. In addition, we designed and repaired the facilities critical infrastructure equipment including redesign and replacement of fuel delivery systems to stand-by engines, retro-commissioning of DDC automation systems serving mechanical equipment, and the PLC automation system serving the electrical stand-by power systems.

Other repairs included motor repair that were submersed under water, repair of chillers which included replacement of electrical drives, repair of VFDs serving pumping systems, and recommissioning of secondary pumping systems serving the chiller plant.